In this post, we will introduce the cell-averaging CFAR(Constant False Alarm) algorithm to detect peaks of signals. 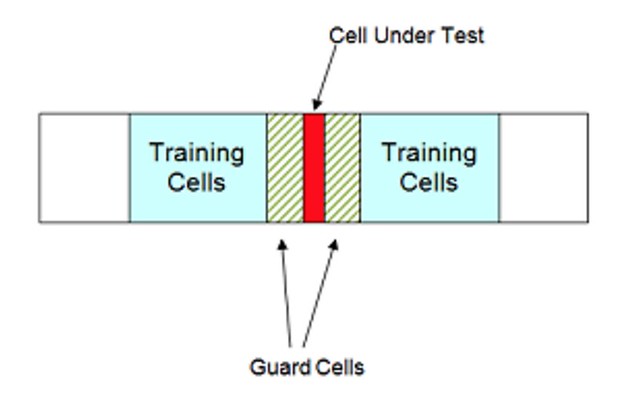 [This picture is copied from Matlab doc]

In this figure, the CUT (Cell Under Test) is to be tested if its value is greater than threshold level or not. The threshold level is calculated from the estimated noise power of the training cells. The guard cells are used to avoid corrupting this estimate with power from the CUT itself, cells immediately adjacent to the CUT are normally ignored.

Form the equations above, we can observe that lower false alarm rate will lead to higher threshold level.

This example demonstrates how to implement cell-averaging CFAR with python.